By Shenu on February 15, 2017 in Esoteric Philosophy 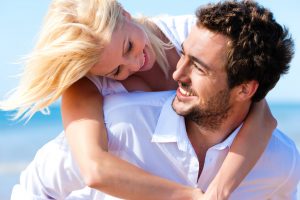 While most of the world is in upheaval, there are a few who looking forward to the dawn of the new cycle. The Ancient Ones have said peace would reign throughout the world and economic conditions will improve with a fresh start. Metaphysicians who have been watching the trend of circumstances in the world and who know the periods of human evolution are looking forward to the dawn of this new cycle when the coming supernatural men and women will pass from childhood to adulthood. Some of them are on the planet now.

The day of their arrival is close at hand, and already these young, supernatural people in many parts of the world are beginning to express their new power and unique understanding and so can assist the ailing humanity. No longer will greedy governments be tolerated, or unfair advantages be given to the elect. The young ones have an agenda for the prosperity of this beautiful planet and are making preparations for a united usurping of the dominating negative forces of life.

The supernatural beings of the near future will be those who have leadership already within their grasp. They will control not only their own destinies through meditation, but will assist others to do the same. There will be no tyrannical autocracy connected with this worldwide phenomena, and there will be no unreasonable display of superiority. People will find rather, a mighty and powerful, though sympathetic and peaceful, direction and control of the world activities that are now crippling our economy.

The supernatural men and women of each cycle and age have been the result of the progress of civilization as well as the development of the inner selves of those who wish to serve humanity outwardly. In each cycle of the world’s history, these supernatural beings have been qualified to meet the conditions that they were to find and to govern the world as it required governing. These beings appear at the end of every cycle or sub-cycle of humanity because it is necessary to seed the incoming cycle with the fresh ideas it needs to carry forward.

In the earlier cycles of human progress the super-qualities of these specially selected men and women related to the purely intellectual abilities of the objective faculties of humanity. The men and women of those periods were those who could see, hear, or sense better the objective impressions registered upon their consciousness and interpret them regarding adaptability relative to our planet. These beings were inspired by their Higher Selves, angelic beings, Ascended Masters or extra-planetary beings.

Then came the cycle of supernatural individuals who turned their vision inwardly rather than outwardly and saw the weaknesses of the inner self and the need for cultural improvement, and adaptability. These beings often worked tirelessly and behind the scenes. Then followed the development of man’s egoism. As it often happens, this resulted in self-aggrandizement and the desire to surround oneself with every cultural luxury and comfort. People couldn’t help comparing themselves to others or were worried about what the neighbours would think. This led to a lot of unkindness developing in humanity.

The next cycle brought the desire for conquest as a natural result of man’s desire to make his personal name and fame paramount above everything else.

However, in this phase of evolution new lands were discovered, new cities built, new empires established, and this was in accordance with the plan for humanity though the people knew it not.

We have just finished a major sub-cycle where a human’s vision has been turned toward intellectual attainment and technological and scientific knowledge so that he might take from others that which they possessed but didn’t know how to protect. Certain elements of humanity thereby monopolized and controlled solely through objective intellectual power the things that belonged to humanity at large.

The inevitable result of such a cycle was that of self-destruction, since the power of greed that entered into the plans of those who were leaders in this last sub-cycle, destroyed itself and destroyed those who were instruments of its activities. The plan for humanity saw that in all of the greedy things that man accomplished during the past cycle there should be a residue of results that will benefit everyone when properly directed and controlled by the new period of super beings to follow.

And now we are on the threshold of this new cycle when these new supernatural beings are about ready to come into their own, and reconstruct the toppling, quivering structures, and creations of the hordes of greed of the past sub-cycle. The Logos has seen that during the past one hundred years or more the foundation should be laid for the great transfer of human control and human direction. Men and women in all lands and all sections of every state and nation have been gradually prepared and carefully inspired during the past fifty or more years for the new role and new position they or their children will occupy within the next few years.

The unlimited power of wealth and control of business and economic conditions will be taken from the hands of the greedy and selfish and transferred to the hands of those who are altruistic and sympathetic.

The new cycle of beings now reaching maturity have had their vision turned from the narrow, personal viewpoint, to the broad, universal horizon of international humanity. Their education and training have been along the lines of universal comprehension and philosophical understanding with the sympathetic appreciation of the needs of all men, women, and children, and with a desire to see mercy and justice made manifest in every walk of life.

Once again we will see the rise of the supernatural man and woman of the new cycle. The bigotry of religions, the tyranny of nationalism, the selfishness of economic standards have been supplanted by a broader viewpoint and a newer and better attunement with human existence.

The Sword, Dove, Eagle, Egg, Maze
Whisperings from the Command