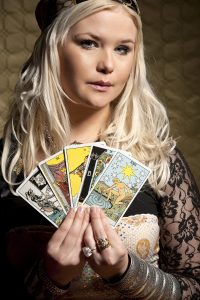 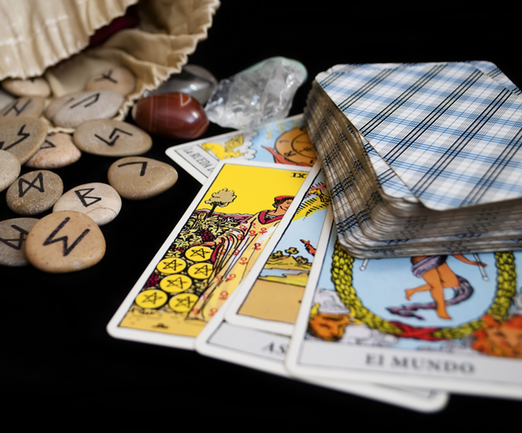 An Egyptian High Priest, Hermes Trismegistos, probably one of the greatest initiates that walked the earth before Christ, left for humanity the Book of Wisdom entitled “Thoth” or the Emerald Tablet of Hermes, containing some of the highest wisdom that has ever been left on our planet. His Hermestablet or Tabula Smaragdina, from which comes the saying, “That which is above is also that which is below,” serves to prove the macrocosmic and microcosmic laws of analogy. These teachings are termed Hermetic Science by those who have studied them and have been initiated into them. Originally, this Book of Wisdom was composed of 78 slabs which later become known as the 78 Tarot cards we have today because of the genius of one of the Masters of wisdom who had the ability to inspire his earthly disciple.  The meaning behind these Tarot cards became corrupted over time and although they were used in card games, what better way of keeping the ancient wisdom before the public eye? Much has been said about the history of Tarot, but this information comes straight from the Master R.

During the early Christian period the Tarot cards fell into disfavour with the church because they contained many so-called pagan symbols and Tarot reading was forbidden to Christians. Universal truths always survive and so too, the cards managed to survive in the East and were reintroduced into Europe during the Crusades. In the fourteenth century when the Tarot first made its appearance in Europe, Christianity reigned supreme, and the earliest references to the cards in Europe are prohibitions against their use by the church, which body later referred to them collectively as the Devil’s Picture Book. Paganism still lurked in many fairly obvious forms and resulted in extreme ecclesiastical persecution of heretics. The church pursued its own ends with a zeal combined with both passionate devotion and political opportunism. To be found in possession of a pack of Tarot cards was, according to them, proof of Witchcraft, and lead to death by burning at the stake. Rather strange activity for an organization whose Master gave as his most powerful commandment, “Love one another.”

How then did the Tarot survive in the face of the considerable effort made on the part of Christianity to stamp it out? Universal truths always survive and resurface at the appropriate time; and one way to discern whether a religion contains universal truths, is by the amount of time it is able to persist through the annals of time. What we commonly term Gnosticism, which is one of the collective terms for paganism and other esoteric information was preserved within the fold of the church itself and studied under a mask of learning consonant with ecclesiastic respectability.

The esoteric principle behind the deck of Tarot cards may owe a lot to the ascetic measures placed upon the monks during the medieval period. Forced to rely on memory, the medieval monk would have retained the pictures in the mind by the process of visualization and association, a practice that we are once more utilizing today. The idea of an adventurous and perilous journey through unknown territory was also typical of medieval literature. To travel in the middle ages was as hazardous and uncertain as travelling the paths of inner knowledge. Also, throughout the middle ages there existed various metaphysical orders and secret societies that kept the knowledge of the Tarot intact but hidden and preserved for future generations.

The Major Arcana shares a lot of symbolism with the metaphysical teachings associated with Buddhism, whose founder, Gautama, is thought to have been born some 500 years or so before Christ. The Fool might well be said to represent the wandering monk himself. The Emperor and Empress, Buddha’s parents; the chariot, the triumphal vehicle of Vishnu; the Pope, the Hermit, the Hanged Man and Death, the Man of Religion, the Ancient One, the Cripple and Corpse are said to have been encountered by Buddha prior to his enlightenment; The Lovers, the raising of the Kundalini through sacred sex; the Wheel of Fortune, obviously the Wheel of Rebirth and Karma, and so on, were of course well known. Undoubtedly the Tarot represents the same concepts, but simply filtered through the Western Mystery tradition.

The Tarot represents an allegorical journey, each card being the experience of universal archetypal energy, rather like the episodes in Dante’s “Divine Comedy.” The idea of an adventurous and perilous quest through unknown territory has also been handed down through the legends of Merlin and King Arthur. These are all symbolical of inner journeys to find the Holy Grail.

The ancient wisdom as revealed in the Modern Tarot Deck remains basically hidden even today, but we have been given enough clues to be able to open the doorways and enter into the ancient mysteries. The Journey through the Tarot is showing the Return Path to the Source or God showing the blessings and pitfalls along the way.