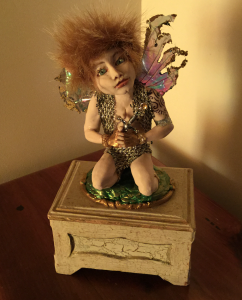 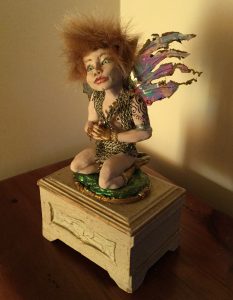 The spell boxes pictured here is an example of the unique type of spell box that can be created. Each one is different, and one of a kind. You will only find this particular type of spell box here at the College. They are composed of and overseen by a special elemental. A figurine representing the elemental sits atop the box, and an amulet allowing you to connect with the elemental is also supplied as a piece of jewellery that you can take with you when apart from the radiations of the box.

The boxes can also be created and enspelled without including the elemental. The box is filled with special secret and sacred ingredients as well as the spell itself; then the whole item is energetically charged to produce the radiations that will protect the area in which it is located.

Most of the boxes made carry a spell of protection, but if a special spell is required for another quality, that can be arranged. The spell boxes take considerable time to make and are usually made on request. They are only available in Australia. 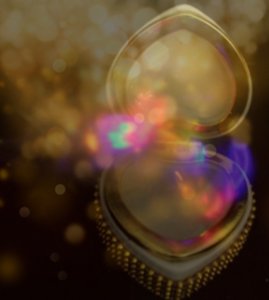 It is very interesting to collect an old box and make it into a spell box. These old boxes can often be picked up in antique shops and may already be charged as a spell box. The one illustrated has been charged to keep items used specifically in spell working. For example, you might have boxes for candles, gemstones, and crystals, parchment, pencils and pens, others for gold and silver flakes, and others for spelled and enchanted jewellery. Of course, all of these things are not absolutely necessary, but are used as supports to assist in creating a sacred atmosphere, and to assist in creating an energetic space in which to perform the spell casting. You can always make your own spell box, and charge it for whatever is needed. I normally make hand made spell boxes for protection, but they can be charged  for many different purposes, such as friendship, to attract business, beauty, purification, success, communication. If you think about it, spells are what many would call affirmations in today’s world.But you need to be able to charge the box as well as saying the spell to make it an effective tool. Obviously, this takes some form of magical training in the art of spell casting, and also in the sart of channelling energy to achieve the outmanifesting of the spell. Spell boxes have a charm all of their own and are often regarded as mysterious tools by those who have no interest in the sacred art of spell casting.